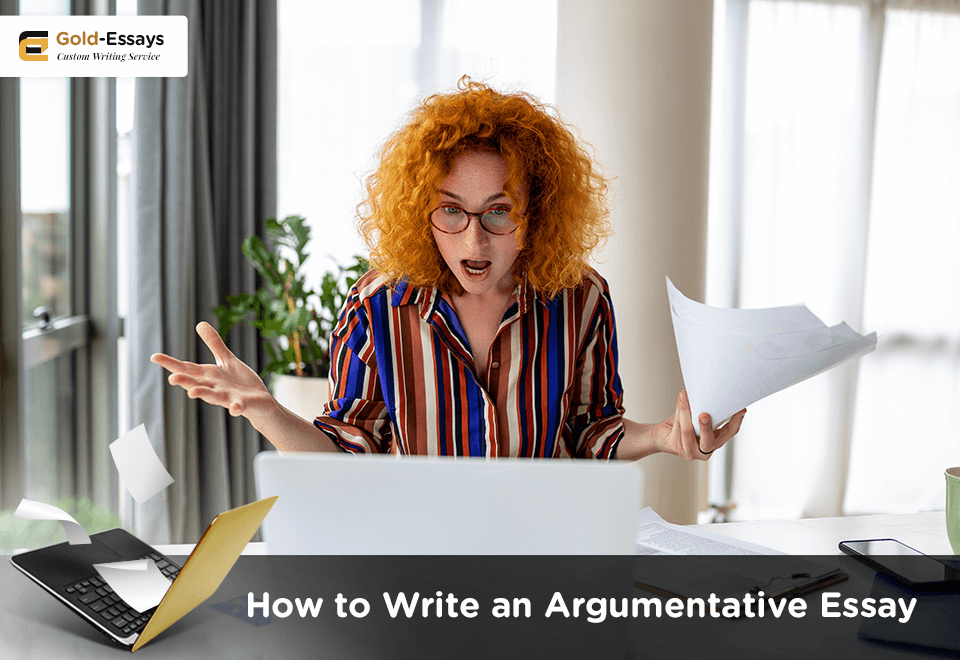 To understand how to write an argumentative essay, it is first necessary to learn what it is. In fact, it is a piece of writing that obliges a student not only to collect data and evidence but also to take a stance regarding some controversial issue. Then, this problem should be analyzed in a way that considers both supporting and opposing arguments. The objective of a student is to prove the accuracy of their own stand and persuade a reader to accept this opinion by providing numerous pro-arguments and refuting the opposing ones.

The best topic choice would be the one in which you are deeply interested. It will increase your enthusiasm for writing and keep you focused on the subject when it comes to researching. You should be prepared that a pre-writing stage, i.e., the one when you look for relevant literature, read and critically analyze it, search for the most pertinent pieces of evidence, select examples, etc., is going to be longer and more tiring than the writing phase. Therefore, without genuine interest, you might easily and rather quickly become annoyed and bored.

Although much research is required, it does not mean that you will have to read all existing literature related to the subject. Still, even if you are familiar with the topic, you should learn something new and enrich your knowledge. So, be sure to use a chance to become smarter. In addition, mind that having decided on the topic, you may discuss it in two ways, i.e., from the perspective that is in line with your personal views and from the opposing position. It might be a harder but a lot more rewarding experience. Besides, you might be specifically asked by a professor to support the opponent to investigate the different viewpoints.

If you have difficulties coming up with any kind of topic, it might be useful to look through potential variants produced by someone else. They might inspire you and enhance your interest. However, before picking anything up and making a final decision, mind two things. First, all topics in the list below are controversial. Yet, it is the point of an argumentative essay to discussing subjects as such. Of course, you might already have a firm attitude towards one of the controversies, but it is not enough for a decent essay. In other words, no matter how strong your feelings about it are, you will have to research and provide support too. Second, do not choose the first topic that seems fine. Give it a thought at least for a few minutes. Determine whether you already have a position concerning the topic and ideas on how it can be proved. Assess whether the topic allows you to learn something new. In addition, rely on the presence and absence of the interest as well as a desire to convey a certain message to a reader.

The appropriate topics are:

An essay may have five, ten, or twenty paragraphs, but it will not qualify as an argumentative one unless it has the following components:

It is a sentence that should clearly, concisely, and unambiguously present the stance of the student and give a hint or even a sort of plan how this stance will be developed. It should be included in the introduction. The latter should, first of all, contain a description of the context in which the topic is to be discussed and what aspects will be touched upon. Second, students should justify why addressing the issue under consideration is necessary and why a reader should even bother to read. Finally, there must be a debatable thesis statement that articulates the main argument and guides the way the rest of the essay is to be written. Without a thesis statement, the text is to be chaotic and unfocused. So, you should put specifically much effort into composing this one sentence.

In fact, transitions are extremely important not only in argumentative papers but other types of essays as well. They ensure that there exists a connection between all the paragraphs and sections, i.e.., an introduction, body, and conclusion, in the paper. Transitions make the flow of ideas smooth and logical since all the claims made then look intertwined. Besides, they serve as clear markers of where the point is introduced, elaborated on, supported, exemplified, illustrated, extended, concluded, etc. Such a function is crucial to facilitate understanding and improve the reading experience for the audience.

The thesis statement formulated in the introduction should be developed all the way through the body of the paper. Every paragraph should contain a supporting claim, but it must always be only one general claim. It is necessary to, again, make reading and perception of the text easy. Furthermore, the connection of the paragraph to the thesis statement should be clearly visible in the topic sentence. Then, there is a need for evidence that was gathered through research, for instance, while reviewing literature or a survey. Moreover, each piece of evidence should be commented on in a way that explains how the evidence supports the thesis statement. This sort of ideas in an argumentative paper is called warrants.

In addition, depending on the length and complexity of the task, there must be one or more paragraphs that consider the position of the opponents. Their opinion should be explained, but the fact that its authors are wrong should not be mentioned right away. Instead, a student should demonstrate that he/she is familiar with such a stand, show why many might think it is viable, and then with the help of evidence, reveal why this argument is a lot weaker than his/hers.

As was mentioned above, the thesis statement should be supported with evidence. It is the only way to render it believable and worth considering. Evidence might be of different kinds, for example, statistical, anecdotal, logical, factual, etc., and come from credible sources. While writing a persuasive essay, however, you should pay attention to both evidence that is in line with your thesis and that contradicts it since a well-rounded paper is the one that is comprehensive and acknowledges the existence of other opinions. In fact, it is unethical to ignore some evidence because it is convenient to prove own correctness this way. A mature student should recognize that other positions exist and show why there are not good enough in a polite manner.

Well, it does not mean that a good conclusion just has a copied and pasted thesis. It implies that a student should paraphrase the thesis and by summarizing the claims used to support it, show once again the accuracy of the argument. It is done to “hit” a reader with all strong points at once, impress him/her, and thus, effectively persuade that the thesis statement is correct. Therefore, for a proper conclusion, restate the main argument and the key supporting claims. In addition, it might be useful to explain how the topic may further be developed in future research.

A complete and well-thought-out paragraph is the one that has a logical beginning, development with a sort of culmination, and conclusion. To ensure your paper has this structure, try to think of it as a debate with a friend. If it was the case, you would have the point at which the conversation arises. In it, and you two would have your own positions. Then, you start providing arguments. To be convincing enough in the eyes of your opponent, you are likely to mention the strongest claim in the end but unfortunately have to recognize that your friend has valid ideas too. Finally, you remind your “enemy” why you are right, so the conversation goes to its end. If you adopt the same principles to your argumentative paper, you will not have issues with getting a high grade.

The commonly accepted format for an argumentative essay is that based on five paragraphs. It is, beyond doubt, a winning structure but definitely not the only correct one. Additionally, it is very simple too. According to this format, an essay should have an introduction with a thesis statement, two paragraphs that support the main argument with claims and evidence, one paragraph that backs up the thesis statement by refuting the opposing views, and a conclusion. Nevertheless, there is frequently a need for longer argumentative essays since it is difficult to discuss complex topics exhaustively in five paragraphs. Besides, students usually need to conduct extensive research and collect much data from the literature, which eventually requires much writing, as their professors are primarily interested in their analytical and critical thinking skills rather than the accuracy of the position.

Now, you are aware of what a persuasive paper should contain and look like, but it is necessary to go deeper to ensure a full understanding of this complex task. Even though the basic elements of the argumentative essay are an introduction, thesis statement, supporting body paragraphs, counterarguments, and a conclusion, there are other things that you should keep account of to reach the best results. The following pieces of advice will help. 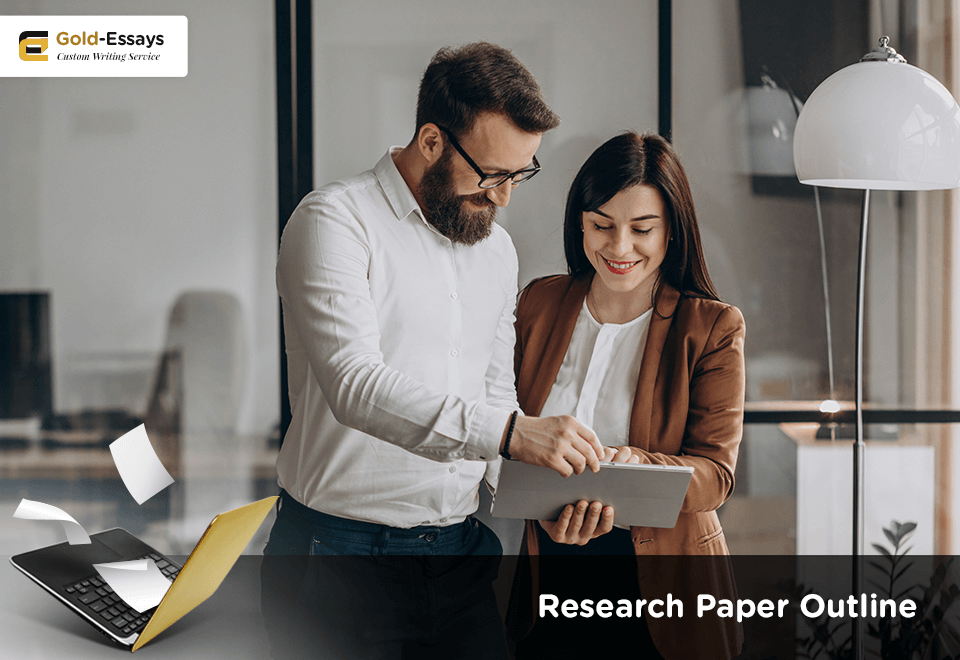 How to Write an Outline for a Research Paper 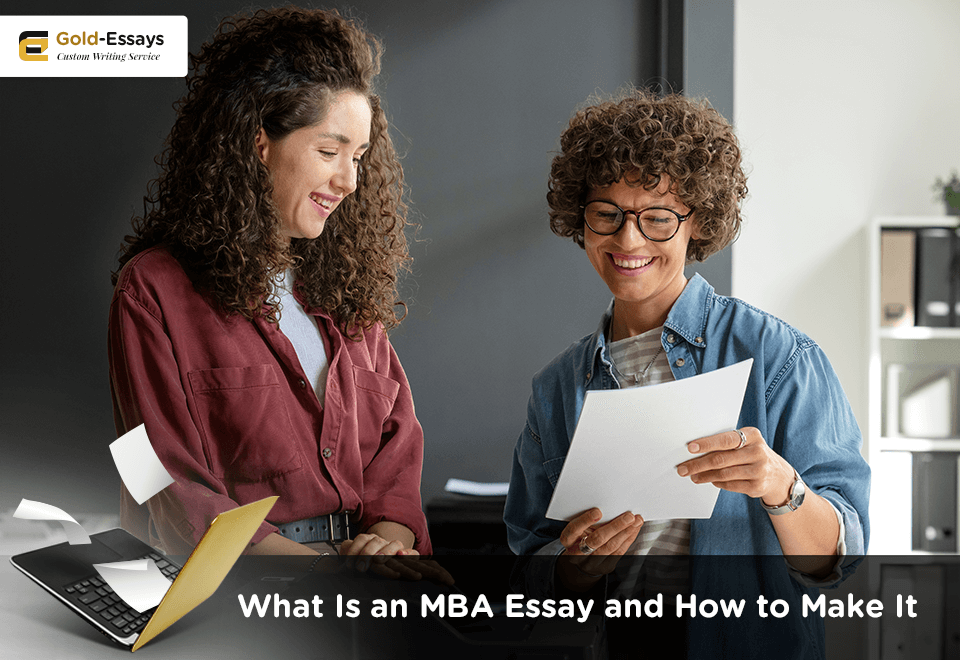 What Is an MBA Essay And How to Write It 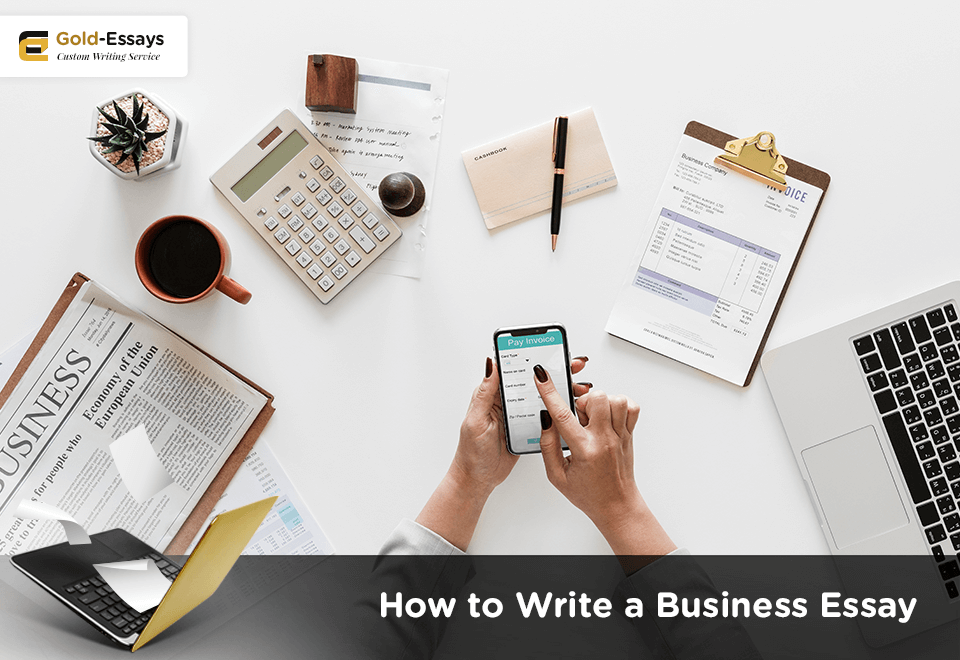 How to Write a Business Essay and Get A+ 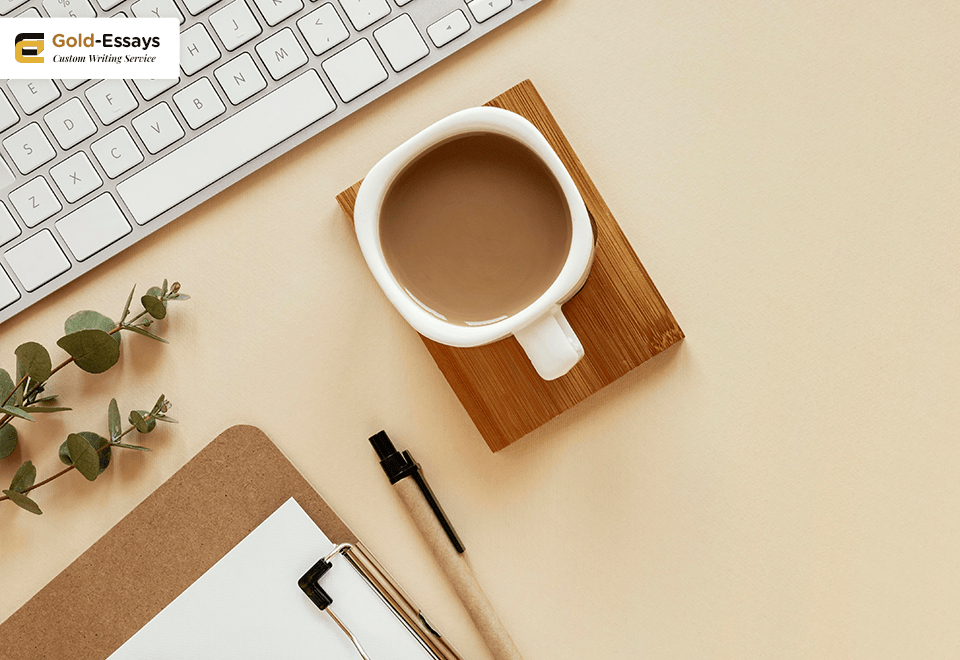