It is widely understood that a considerable number of merger and acquisition deals fail to deliver value to shareholders. A great number of mergers and acquisitions (M&A) seem to result in negligible returns, and there are certain factors that cause failures. It is possible to blame the merger integration for the M&A returns (Varma, 2012). Certainly, the execution of integration can have a considerable effect on whether or not the process is viewed as successful. From historical trends, it is evident that about two-thirds of mergers and acquisitions disappoint on their own terms. This implies that such mergers lose value on the stock market. Some motivations driving mergers can be faulty, and efficiencies from the economies of scale might prove elusive (Varma, 2012). With this in mind, this paper evaluates the acquisition of Motorola by Google, and the acquisition of Nokia by Microsoft.

Another reason was gaining access to new markets. By acquiring Motorola, Google would invest in a TV play. Whereas the acquisition revolved around wireless patents and devices, Google would land itself a TV business. Motorola Mobility has a set-top box business. The cable box world has only two operators: Motorola and Cisco (Varma, 2012). 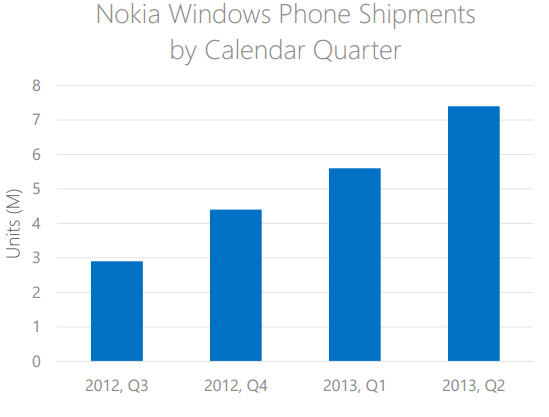 In Microsofts integration plan, the company leverages customer segments or geographies in order to ensure that the deal is successful. According to Microsoft Corporation (2013), if the main goal is operational leverage, then clearly targeting operational cost improvements early in the process of integration is crucial. Operational advantage is one of Microsofts objectives, which implies that the company should improve operational costs. In addition, Microsoft pays attention to integration of research and development functions quickly without losing key personnel (Microsoft Corporation, 2013). For instance, Nokias key executives are onboard, and they are assuming key roles. The phone device research and development has been centered in Finland. The execution plan of Microsoft also stipulates that the marketing of the two companies should be consolidated into one (Microsoft Corporation, 2013).

In Googles integration plan, the acquirer is ensuring that the strategy objectives are receiving priority focus. Since the acquisition of Motorola, Googles focus has been on developing the Android Mobile Platform (Varma, 2012). This required wireless communication technologies. As such, being in possession of wireless patents that were initially owned by Motorola has allowed Google to develop a groundbreaking phone operating system that has wireless capabilities. So far, Googles integration plan has been successful since the company has benefited from the acquisition.

Implementation of Merger and Acquisition

Some merger and acquisition analysts think that the acquisition of Nokia by Microsoft was a terrible idea. According to Microsoft Corporation (2013), this acquisition gets Microsoft less than its previous partnership with Nokia had yielded. From Nokias side, the sale to Microsoft was very painful but necessary. Nokia seemed to be out of options, having heavily invested in the money-losing Windows Phone business. This implied that the acquisition saved the company. Microsoft has an objective of tripling the market share of Windows Phone by 2018. After the acquisition, Windows Phone market share seem to be increasing in certain markets, where its low-end devices, such as Lumia 520, are doing well. In areas such as Latin America, the market share for Windows Phones is higher than Apple phones (Microsoft Corporation, 2013). This implies that the planned market advantages are being attained. Since the partnership, the product development lifecycle of Microsoft has been changing rapidly. This implies that new products are reaching the market after short interval of time (Microsoft Corporation, 2013).

However, this should not be used to determine the success of the merger. Presently, Microsoft Windows Phones are witnessing significant competition from Google Android-based phones (46 per cent), Apple-based phones (iOS) (48 per cent) and Research In Motion (RIM) phones (three per cent), such as Blackberry. The figure below shows market shares of the key players in the smart phone business (Varma, 2012). 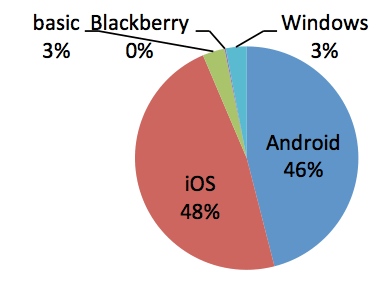 Despite the short interval of time between its product launches even after the acquisition of Nokia, Microsoft still suffers from several challenges (Microsoft Corporation, 2013). The fact that the two firms had tried a partnership before the actual deal should guarantee a perfect merger and acquisition. The way things are unfolding in the volatile smartphone industry, it cannot be asserted that the deal is successful. More time might be needed to conclusively claim that the deal was synergistic.

On the other hand, Googles acquisition of Motorola might be considered successful. Patent was one of the investment merits of acquiring Motorola by Google (Varma, 2012). The acquisition solidified the companys position in the midst of patent battles. Motorolas long history of innovation and development of intellectual property benefited the merger. This has enabled Google to develop next generation devices for mobile phones.

Google and Motorola Mobility accelerated innovation and choice in the mobile computing. Consumers are capable of affording smartphones at relatively lower prices. Google is greater in software, whereas Motorola Mobility is greater at devices. In 2011, the online advertising at Googles American region accounted for about 17.5 billion US dollars of Googles revenues (Varma, 2012). About 96% of these revenues come from ads that totaled to 38 billion US dollars. According to Varma (2012), the acquisition of Motorola proved to be the icing on the cake. This is because Motorola holding booked about 13.1 billion dollars in revenue during its final year as an independent company.

In the evaluation of a merger and acquisition, three important aspects pay a critical role: strategic rationale of the acquisition, the integration plan, and implementation of the merger and acquisition. The reasons for acquisitions revolve around gaining market advantage, the operational advantage, technological capabilities, key personnel, and financial resources. The acquisition of Motorola was a strategic move for strengthening the wireless patent portfolio since Motorola had about17000 patents with 7500 patents pending. Microsoft acquired Nokia in order to gain access to the lucrative phone business.