Hewlett Packard (HP) is a company involved in the information technology industry, electronic computer manufacturing, and other IT services that offer computer hardware, software and solutions to consumer and sizeable enterprises. This analysis will first evaluate the origin of the company, its present state and the anticipated growth in the future as the company strives to keep up with the market and maintain its place (Tsay 336). With the technological changes taking place each and every day and the competition getting stiffer and stiffer, the company is under a lot of pressure. The management also has a very big role to play to ensure they make the right decisions that will see the company thrive against their competitors and avoid making one simple mistake that would later on lead to the company making losses instead of profits.

Technological advances and the evolution of phones and tablets have served a major blow to the PC market and the sales in the last few years have rather been low. Research shows that people are now preferring phones and tablets to PCs though most people own all these gadgets. The main reason why the tablet is pushing sales of PCs down is because of its size; therefore, portability and its reduced price making it more convenient for the youth (Lee 98). Hewlett Packard has been forced to change it strategies and now lays it focus on keeping up with technological and market advances.

Hewlett Packard Company (HP) was founded in 1939 by Bill Hewlett and Dave Packard (Kiger 112). They first started off with an audio oscillator as their first product, Walt Disney being their first customer. Later, HP Company majored in the field of computers with their first model being 2116A. The market status of HP picked up in 1969 with timesharing new computers with new products such as HP 35. By 1980s, all range of computing equipment was established by HP Company and it acquired Compaq in 2002 (Pasiuk 112). Starting in 2003, Hewlett Packard made damaging decisions concerning hiring CEOs that made atrocious choices in investments. As a result, many investors were disappointed and the companys appearance was a bit tarnished.Product Line of the Company

The merger with Compaq back in the year of 2002 made the company record an increase in its products. Hewlett Packard produces computers favorable for home and business use, printers, scanners and digital cameras (Gibson 245). The company has also merged with some companies to provide better services that include: IPG, a leading company in image and printing services and systems, and Enterprise system, which provides enterprise services with the incorporation of the technology of the Hewlett Packard Company. The company is also on the way on upgrading their systems to fit in the tablet and phone market.

There is a neutral fundamental outlook for the Computer Storage & Peripherals sub-industry and sales have been rising at a low-single digit rate over the next 12 months. The demand of cloud computing and a strong demand for enterprise data storage driven by increased usage of electronic recordkeeping is seen to be on the rise despite the recent debt crisis in Europe which have caused a weaker global economy. There is a high-single digit growth for the data storage hardware market in the next 12 months and the demand is on the rise with the content digitalization of old media such paper and film, longer record retention for compliance with government laws and the popularity of the social networking sites (Palepu 139).

The adoption of virtualization software will boost demand near term, as the data storages need to be upgraded in order to be more efficient. I expect as well worldwide disk storage systems capacity shipments to grow more than 30% in 2013, with costs per amount of storage falling more than 20%. Both percentages are within their historical average ranges for the past decade (Hennessy and David 250). The PC market has seen the introduction of many players in the market and only the fittest ones have survived this very competitive market (Wit and Ron 894). In 1992, the top 10 worldwide vendors accounted for roughly half of the market. From 1999 through 2002, however, just the top five vendors commanded nearly half (45%) of the market.

Table 1. The Hewlett Packards total sales with its main competitors 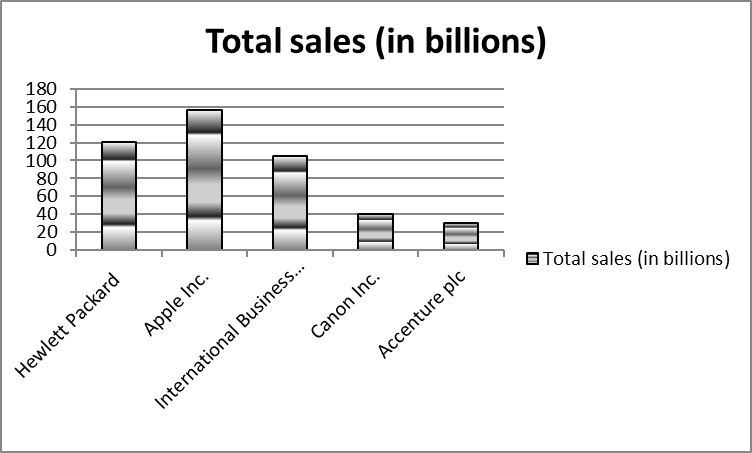 Figure 1. The Hewlett Packard total sales in comparison with its main competitors.

According to the Figure 1, the Hewlett Packards total sales are at the second place after the markets leader Apple Inc. That is why it can be concluded that the company is on the top of the market, taking into account its total sales compared to the companys main competitors.

The theory of a product life cycle was first introduced in the 1950s with the aim of exlplaining the expected life cycle of a product from the day of its design to the day it will cease being used. This cycle consists of a number of steps which start with the introduction of the product in the market, growth of product, its maturity and finaly its fall (Robinson 49). The Hewlett Packard Company is currently undergoing a phase which includes the reinvention of new products to fit the market. This is due to the rise in preferrence of tablets to PCs.

Additionally, the companys stock prices for the last 5 years should be represented graphically in comparison with the Dow Jones Industrial average.

Financial analysis according to the business dictionary is simply the process of evaluating businesses, projects and any finance-related institutions to determine their ability to be suitable for investment. It involves a rather critical analysis to view if a company is stable, liquid, solvent or profitable enough to be viable for investment. A financial analyst pays keen focus on a balance sheet, cash flow statement and income statement. The last step needs the comparison of the companys past performance with its future expectations putting into consideration the present factors affecting the company (Norton 144). By the end of a financial analysis, one should have established the position of a company in its market and measured its vulnerability to either making losses or profits.

When taking a closer look to the balance sheet, the first notable thing is the fluctuating prices of cash and cash equivalents. The prices rose in 2009 and then for the next two years decreased; then increased in the year 2012. Generally, the increase of percentage of cash can be considered as a positive trend. However, taking into account that the company has ended the last year with net losses, it, probably, means that the company does not have attractive areas to invest its money (Warren 817). Additionally, it should be stated that the percentage of accounts receivable was increased from 14% in 2011 to 15% in 2012. It means that the companys situation with its doubtful and hopeless clients was impaired.

Analyzing the companys income statement, HPs total sales decreased from $127 billion in 2011 to $120 billion in 2012. Probably, it is a consequence of demands falling. Also, the companys net income has dropped as well. Moreover, the company, as it has been mentioned above, ended the last year with net loss of -$12 billion. That is why HPs effectiveness and scales of activity decreased.

The current ratio describes the companys ability to repay its own debts. This ratio shows the level of coating total current liabilities by total current assets. According to data provided in Table 2, the Hewlett Packards current ratio increased from 0.98 in 2008 to 1.01 in 2011 and 1.09 in 2012. It is noteworthy that the value of this ratio is below the normative values. It means that companys liquidity is not high, but it is increasing (Dickie 120).

The next indicator is the quick ratio, and it is better for measuring of the companys liquidity than previous indicator because money is always money. It is a well-known fact that cash is an absolutely liquid asset, and the company does not need to sell accounts receivable or to merchandise inventories for repaying debts (Hennessy 154). This indicator is calculated by dividing such high-liquid assets as cash, short-term investments, and accounts receivable over total current liabilities.

Additionally, it should be noted that the companys solvency can be estimated by using the leverage ratios. Therefore, the next very important indicator of financial stability of any company is the debt ratio (Warren 735). This indicator is determined by dividing total liabilities over total assets, and it shows the percentage of total liabilities in the structure of liabilities.

Hewlett Packard is a renounced company dealing with electronics and IT services (Stahl 123). Over the years, it has evolved under various managements, but still, it has managed to come through the competition and emerge among the top Companies that offer IT and electronic services. However, HP market cannot be certain due to the constant competition that has been faced today; therefore, there is the need to focus more on the opportunities the Company has and mainstream its weaknesses to cater for any threats in the market (Simske 99).

Its financial obligations have improved with time and this is what has made the Company emerge among the top over the years. IT trend is changing over the years, with people shifting their attention from the use of personalized computers (PC) spending, increased used of smartphones in the market, tablets cannibalizing PCs, the evolution of the cloud cannibalizing software and uneven software spending.