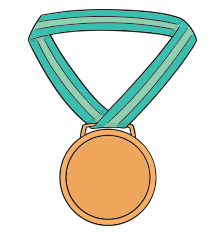 The first attempts to create the nursing theories were aimed at the most intelligent explanation of the nursing practice to nurses. It occurred long before the emergence of the original discussions about these theories. The starting point of these reflections included the question about the essence of the nursing business. There were several theories, which described the nursing practice as a care for a patient and the ability to satisfy various needs of a patient. These theories can be considered to some extent as the continuation of the Florence Nightingales notes.

The beginning of the 1960s can be characterized by two factors. First of all, there was the growth of awareness of the importance of nursing theories. The publication of the official document, where the American Nursing Association defined the nursing activity as an independent profession, and where it was written that the creation of the ANA theories is one of the main goals of the nursing business, occurred in 1961 (Masters, 2014, p. 9). This situation stimulated further discussions about the development of the nursing ideas resulting in considerable theoretical activity in the following decades. Martha Rogers Theory of Unitary Human Beings is one of such theories.

The given essay gives a profound analysis of the Martha Rogers Theory of Unitary Human Beings. The paper consists of several sections. The introduction provides a general overview of the nursing theories and specification of the one theory. The Importance of Nursing Theory sections analyzes the importance of the Martha Rogers theory. The third section summarizes the chosen theory, while the next one applies the Martha Rogers theory in the clinical area. The last section makes the conclusions of the theory as well as the self-reflection on the topic.

The Importance of Nursing Theory

The value of the nursing theories is of enormous importance to the development of the practice. It helps to look at the functions of a nurse in different ways. If earlier a nurse only took care of ill patients, now the nursing staff together with the other experts faces the main tasks of the maintenance of health, prevention of diseases, and ensuring maximum independence of a patient in accordance with his or her individual possibilities (Masters, 2014, p. 121). Martha Rogers theory of Unitary Human Beings aspires to promote the comprehensive interaction between the environment and a human being (for all people and everywhere).

This nursing theory is important for the scientific and educational activity as well as for the clinical practice. The study of Martha Rogers Theory of Unitary Human Beings should be obligatory for the masters studies. It helps future professionals to understand the maximum health potential of a human being as well as the importance of energy fields and environment for the effective treatment process (Petiprin, 2015; Masters, 2014, p. 122). Moreover, the knowledge and the application of such theories aim to increase the awareness of the population of health maintenance, diseases prevention and rehabilitation processes.

The considered theory is useful for the nursing profession as a human being is considered to be energy that is incapable of being divided and thus composes the unitary whole. According to Martha Rogers, the nursing process aims serve people and maintain their health (Petiprin, 2015). The author of the theory stresses that the safe practice depends on the amount and the quality of the scientific knowledge possessed by the nurse.

The Unitary Human Beings Theory helps to distinguish the nursing profession from the other healthcare fields. The theory emphasizes the meaning of nursing and aims at the achievement of the better health state for a person. Martha Rogers states that her theory is, in fact, applicable and offers specific solutions to the nursing problems in different and specific situations (Masters, 2014, p. 122). However, it has several shortcomings, such as an abstract framework, absence of the clear hypotheses and inability to measure the results of the theoretical application.

Martha Rogers Theory of Unitary Human Beings had a great influence on the teachings and a nursing process. The theory supported the interpersonal aspect of the nursing practice and care for the patient as a process, which allowed a nurse to reveal the realized needs of a patient and to see the treatment process in the long-term perspective and dynamics. The author of the theory, Martha Rogers, was an outstanding nurse, researcher and theorist. The first edition of the theory was presented in An Introduction to the Theoretical Basis of Nursing in 1970. The latest edition was published in 1992 in the book Martha Rogers: The Science of Unitary Human Beings (Notes on Nursing Theories) written by Louette R. Johnson Lutjens (Petiprin, 2015).

Martha Rogers Theory of Unitary Human Beings has several assumptions. The first one states that a person represents the whole, which cannot be divided into parts. This idea is repeated in the name of the theory – unitary, which means whole. A human life moves in one direction – from birth to death. There is a mutual interchange of energy between the environment and a human being. This energy helps people to adapt to the environmental changes. The nursing process is aimed at the maintenance of these energy fields occurring between a human being and environment (Petiprin, 2015). Moreover, human beings possess the possibilities to think and feel. Thus, energy fields compose the first postulate of the theory.

Pattern, another theory postulate, is an abstract notion, which gives identity to the energy fields (Petiprin, 2015). According to Philips (2010), Martha Rogers defined pattenrs as the distinguishing characteristic of an energy field perceived as a single wave(Philips, 2010, p. 55). Openness reflects the freedom of the energy flows between the energy fields and human beings. These flows know neither limits nor barriers. Pan dimensionality is expressed in the infinity of energy. The energy fields exist everywhere without any limitation in time or space. The principle of hemodynamics allows to consider a person as a human being (Masters, 2014, p.124). Moreover, it balances the dynamic processes of life and environment. This principle includes three main components: helicy, resonance and integrality. Energy fields interact with human beings; this interaction is represented by mediation and humor, which compose the positive attitude to life. Resonance is reflected in the changes of the frequencies of the energy fields from higher to lower. Helicy presupposes the continuous evolution of energy fields (Philips, 2010, p. 57).

According to the theory, a person is represented as the 4-dimentional energetic field determined by the form and a way of the energy organization and characterized by the qualities of the behavior models. They are different from the qualities and behavior models of its parts and cannot be predicted on the basis of the acquaintance with these parts. The four-dimensional entropic power field includes everything that is outside of the human field (Masters, 2014, p. 125). Health is the estimated category widely used by the cultural communities and separate individuals for the definition of the states included into the category high-quality or low-quality. Nursing profession includes skills received via education, focus on the preservation and strengthening of health, and care for the ill people and invalids.

The Application of the Martha Rogers Theory to Clinical Nursing Practice

Martha Rogers Theory of Unitary Human Beings is applied to the clinical nursing practice. For example, a person in the acute pain represents the resonance of a low level in the principle of hemeodynamic. The medication of patients in pain represents the resonance of a high degree and synchrony between a person and environment. The alternative treatment techniques, such as imagery and therapeutic touch, represent helical interventions discussed in Martha Rogers Theory (Bultemeier, 2014, p. 246). In the clinical practice, collaborative work with a patient is necessary. It helps to find out what a patient considers healthy. It reveals such elements of the theory as integrality and helicy. A nurse approaches a patient in a pleasant manner, and a patient reacts in a positive way. It reveals the principles of reciprocity and synchrony (Butcher & Malinski, 2015, p. 239).

There are a lot of examples of the application of Martha Rogers Theory in the clinical practice. Bultemeier (2014) provides an example of James, who was hospitalized for the pains in the area of chest and breath problems. The level of resonance of James is rather low. It requires the treatment of pain and qualified nursing assistance. James experiences the conditions of reciprocy, integrality and helicy with the environment. Nurses teach James, who is under the cardiac catherization, how to manage his own pain and to receive correct medication. Jamess goal is to give up smoking, decrease the level of stress and become healthier. A nurse gives him the necessary education. Thus, James receives helical interventions (Bultemeier, 2014, p. 253-254).

Another example of Mr. Lockard shows that the majority of principles stipulated in the theory are applied in practice. Thus, Mr. Lockard is a 54 years old man, who was hospitalized with depression, which was initially caused by the myocardic infraction (MI) diagnosis. He was very tense and sobbing during the recollection of the history of his illnesses. He was accompanied by his wife and son. Mr. Lockard showed the signs of depression around a month before coming the hospital. He used to sit a lot and narrowed his social circle. The man experiences insomnia, anorexia and body pains, and has attempted to commit suicide (Butcher & Malinski, 2015, p. 240). Thus, Mr. Lockard is experiencing a pattern of dissonance. His integrality, helicy and reciprocy with the environment are broken. It is the mutual interaction of Mr. Lockard and a nurse that will change the pattern and establish him as the unitary being. In the correspondence with principle of helicy, therapeutic touches, meditation, and guided imagery are planned for the nursing interventions with Mr. Lockard.

The unique task of a nurse includes helping a person, sick or healthy. In the implementation of actions concerning health, recovery or quiet death, which a patient would undertake by himself, expert force, knowledge, and will are necessary. The definition of nursing practice as well as the main activities of a nurse took place during the evolutionary development and have undergone essential changes since then. The nursing theories include the cornerstone fundamental concepts, which define the essence of the nursing practice. They are composed of the ideas that a patient is one of the objects of the nursing activity and the source of his own problems. Thus, special direction and methods of nursing interventions should be applied. Each of these concepts is presented and described in the works of theorists of a nursing profession. Even though these concepts are present in all theories of the nursing practice, their interpretations and interactions significantly differ.